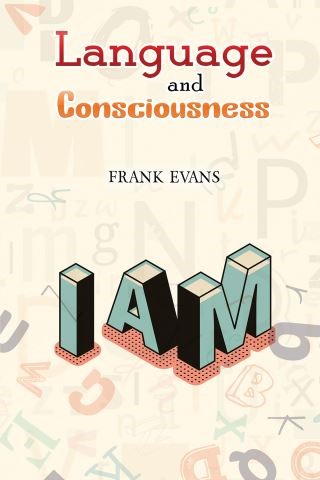 The earth is home for countless species and has been for many millions of years. Man is probably one of the most recent arrivals, but in a remarkably short time has so changed the world to make its future uncertain.
It has been only about 400 years since this change appeared when science, using language differently, became a significant part of our intellectual make-up. At the same time language, in the hands of writers, became the manipulator of human consciousness, as David Lodge has discussed in Consciousness and the Novel.
This book attempts to establish a new platform to understand the nature of human consciousness based on language, without the need for the concept of ‘neural correlates’, for which many currently search.

Frank Evans: After retiring from engineering problem-solving in industry and academia, in the field of automatic control systems, Frank Evans turned his interest to what makes us human. He became a serious ‘Sunday painter’, with some success (two one-man shows) in complete distinction to his life in science and this raised new questions for him about the human intellect.